The European Research Council awarded, in the frame of the programme IDEAS,an Advanced Grant to Roberta Sessoli. The funded research project, started in January 2011, is centred on the study of molecular nanomagnets, also known as Single Molecule Magnets (SMMs), i.e. a class of molecules exhibiting, at low temperature, magnetic hysteresis of pure molecular origin and not related to a cooperative effect.

In this project novel phenomena originated by the combination of SMMs with conducting and magnetic substrates in hybrid structures have been explored using an interdisciplinary approach, starting from the design and synthesis of SMMs and includeing their assembling on surface from solution or in high vacuum, as well as the tuning of the interaction with conducting, and magnetic substrates through chemical tuning of SMMs. It focused on the quantum dynamics of the magnetization that seems particularly affected by the interaction with a magnetic substrate, opening perspectives for novel spintronic devices and for an unexplored strategy to increase the blocking temperature of SMMs. 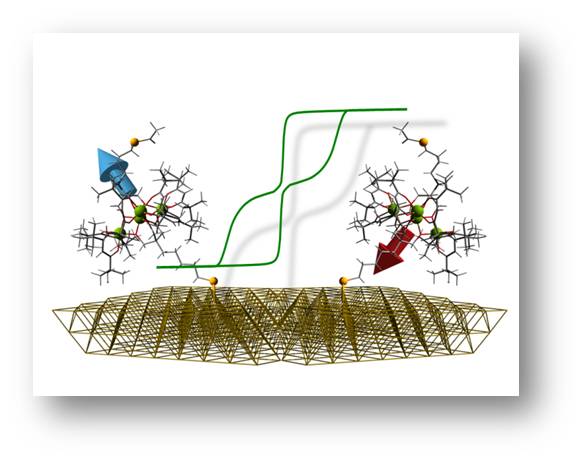 See the Results of the project

An initiative funded by the European Research Council